Beware of Self-Dealing within Private Foundations

The recent presidential election had brought the issue of private foundation governance into focus.  Both candidates had established private foundations decades prior through which their philanthropic activities were supported.  As the campaigns continued their efforts to build support throughout the country, questions began to arise as to any improper transactions to which either foundation may have been a party.  While the accusations continued to fly, the term “self-dealing” was introduced to the public through media outlets covering the presidential race.  A clear understanding of “self-dealing” is in order to help foundations and their founders avoid similar accusations. 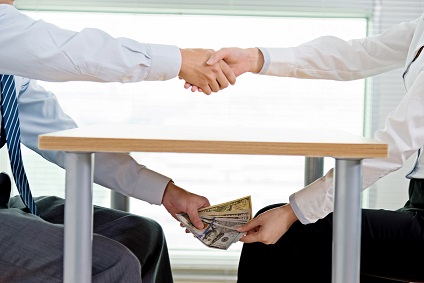 As you can see the list of acts generally considered to be self-dealing is very broad and there are exceptions to self-dealing for which the IRS also provides guidelines.  Regardless of those exceptions it is not uncommon to hear of a foundation being questioned regarding the amount of compensation paid to a foundation employee who is also the founder’s family member.  Is the amount reasonable and necessary to carry out the exempt purpose of the foundation?  If so, an exception may apply.

Given the broad number of acts which may be considered self-dealing when a party to the transaction is a disqualified person, it is very important that foundations become vigilant in scrutinizing their transactions.  To avoid trouble from the onset foundations should always seek qualified counsel to provide guidance as to what may or may not be an act of self-dealing.

Gavin Morrissey is a managing partner of Financial Strategy Associates, Inc., located in Needham, Massachusetts.  Gavin has earned an undergraduate degree in economics and finance, a juris doctorate, a Masters of Law in taxation, and holds the Accredited Investment Fiduciary (AIF®) designation.  He applies the disciplines learned through his education to provide tax-efficient holistic solutions that are customized to each clients’ needs. He is a member of the AEF Council of Advisors.

At American Endowment Foundation, we look forward to discussing how donor advised funds can be an alternative to (or complement to) private foundations. Contact us or call at 1-888-660-4508 to learn more.