The tax rules governing charitable contributions remained largely intact under the Tax Cuts and Jobs Act, which was recently signed into law by President Trump. The new law actually increases the allowable deduction for cash donations made to public charities from 50 percent of Adjusted Gross Income (AGI) to 60 percent of AGI. 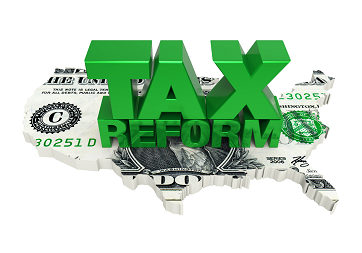 Despite the deductions for charitable giving being largely unchanged, there has been concern expressed by charities that charitable giving may be adversely impacted by the tax reform legislation. One of the major goals of tax reform was simplification and that was primarily achieved by almost doubling the standard deduction.

The concern from charitable organizations is that taxpayers may be less charitably inclined if they don’t receive a tax benefit from their donations. Ideally, taxpayers donate to charity for helping our communities and special causes, but many individuals are motivated by the tax savings as well.

Charitable Giving Then and Now

Assume a married couple has $6,000 of mortgage interest and is capped at $10,000 of deductions for their property taxes and state and local income taxes. With the new standard deduction level at $24,000, this couple would receive no tax savings from the first $8,000 of charitable contributions.

Over the two year period, the couple generates an additional $8,000 in tax deductions.  If the couple falls in the 32 percent tax bracket (with taxable income over $157,500), bunching would provide a permanent tax savings of $2,560.

One vehicle that makes it easy for taxpayers to bunch their charitable donations is a donor advised fund (DAF). The taxpayer is able to claim the charitable tax deduction in the year of funding the DAF, and can make grant requests to the desired charities over one or more years. The couple in the example would donate $20,000 in year one, but spread the actual grants made to charities over a two-year period.

The tax savings is further compounded if the couple contributes appreciated long term capital gain property to the DAF by purging the inherent gain in the contributed property.

While a relatively simple strategy, the savings can be considerable and should be a part of most charitable discussions.

Mark Miller is a CPA and Tax Partner for Sikich LLP in Milwaukee. He is a member of the AEF Council of Advisors.