Avoid the M & A Tax Bomb

For people who are shareholders of firms such as Express Scripts, Sprint, Dr. Pepper Snapple Group and others, 2018 may have made them victims of a capital gains tax bomb through no fault of their own. These companies were acquired last year as part of the biggest year in history for mergers and acquisitions. These acquisition events create an unintended taxable event for shareholders. A gift to a donor advised fund can offset the tax bite of the acquisition – if timed correctly. 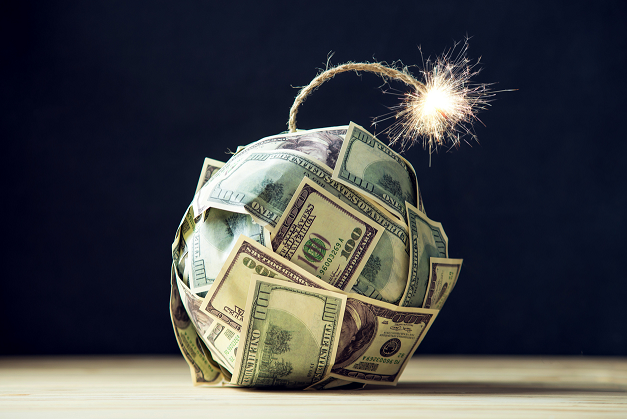 According to Gary Posternack, Global Head of M&A at Barclays, 2018 was an active year for M&A and for large cap deals in particular. 2018 will finish with a little more than $4 trillion in volume, up about 20% versus 2017.   While there were actually 17% fewer transactions in 2018, the number of billion-dollar transactions was up, leading to the overall growth.  A survey of 600 companies nationwide by Citizens Commercial Banking indicated that the majority of companies believe 2019 will be another robust year for M&A activity, so long as the economy remains strong.

Often an acquisition triggers a severe spike in stock pricing for the company being acquired.  An unintended consequence to shareholders of the company being acquired is a capital gains tax bill on all of that growth in value. Even if the shares are exchanged for the newer corporate shares and instead of actually sold, those shareholders are forced into a taxable event. They must pay capital gain taxes on any appreciation in shares they hold in exchanging shares in the “old” firm for shares in the “new” firm.  Being able to avoid this capital gains exposure allows them to gain a charitable benefit that has nothing to do with standard deduction thresholds.

This tax bomb can be especially painful for those long-time employees and retirees who have accumulated shares over time at low prices.

This benefits donors in the following ways:

For this process to work however, the gifting needs to occur prior to the shareholder vote of approval.  Therefore, it is important to act as soon as the impending merger is announced to make sure you get the most significant tax benefits.   AEF strongly recommends that you seek qualified tax advice for more specifics on the best time to structure these gifts.

At American Endowment Foundation, we look forward to discussing your circumstances and helping determine if a donor advised fund can be the right tool in lessening a capital gains impact. Contact us or call at 1-888-660-4508.