I have had the pleasure of meeting and learning from some of the brightest and most successful financial advisors in the country. Let me share how these successful advisors have used the power of charity to grow their business. 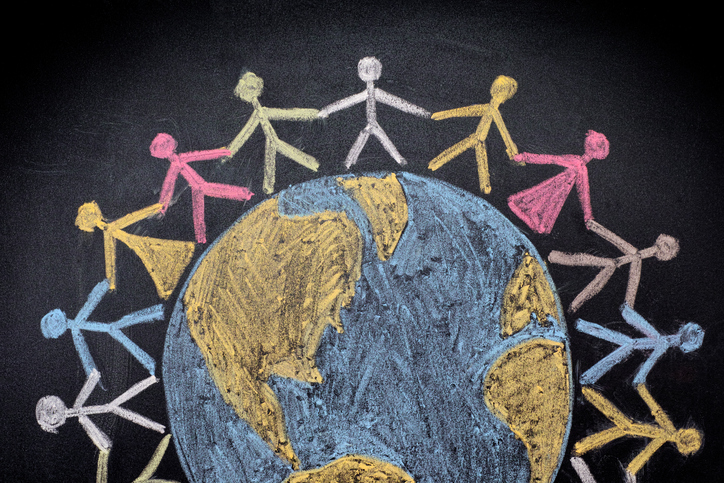 I had the opportunity to interview Jeff, a top performing advisor.

Upon learning that women in the US control over 51% of the available wealth, Jeff thought that he should do a better job in designing his financial practice to more accurately serve the financial needs and interest of his female clientele.

It was his wife that made him aware of International Women’s Day (IWD). It occurs annually on March 8. International Women's Day was a holiday that was established in the late 1920s to honor women who had earned the right to vote and also earned the right to receive a government stipend if they were living below the poverty line, raising children, and were single heads of household.

The concept went global in the late 1930s. So today when you go to the website, it explains that International Women's Day celebrates the social, economic, cultural and political achievement of women.

Jeff contacted the local women’s shelter, and learned that he could help by providing care packages to women in need who stayed at the shelter.

He reached out to his current female clients via email and explained that he was looking for help assembling care packages in honor of "International Women's Day" to benefit the local women’s shelter.

He said to me, "Susan, I was mobbed. Twenty-two women responded to the email that I sent and said that they would be there!”

"The next year, I called up my three highest net worth female clients who had come the year before and I said , ‘I'm thinking of hosting another International Women's Day event for the women's shelter. I'd love to know if you'd like to participate again. This year, I’m only inviting three of you back, and I’d like you to use this day to share this with your own girlfriends. Invite three or four of your best friends … we’ll have some cosmos, some cheese and crackers, and we’ll get inspired while getting these care packages put together for the women’s shelter.”

That second year, he put himself in front of nine women that he had never met before who were the very best friends of his three highest net worth female clients.

He said, "So here's what's happened in the last five years. I've figured out how to not only brand myself as philanthropic, reflecting that I give genuinely, but I’ve also learned that I can consistently meet new people.”

It’s an outside the box idea, but it’s one of the ways that top producing financial advisors are placing themselves in front of high net worth opportunities and doing it in a way that is charitably-minded.

Another advisor that I have met also used a charitable effort built around International Women’s Day, by partnering with her local Dress for Success, a charitable organization that collects high-end professional wear for women. The clothing provides women in need, who may not be able to afford it, professional attire for job interviews as well as to wear within an office environment.

She hosted an open house in a meeting room at a local restaurant and sent out an email invitation, to female clients, to all of her professional friends, people on her PTAs, her school boards, and so forth.

The email essentially said "In honor of International Women's Day, I'm going to be hosting a drive for the Dress for Success shop here in town. Please donate your gently worn professional clothing, and join me for wine and hors d’oeuvres as we help this worthy cause."

She had about 35 professional women show up, and make the donations of clothing and shoes and belts and accessories.

Nearly 40% of the people who showed up were friends of people she invited: high net worth women that she never had the opportunity to meet before.

Instances like this give you the opportunity to get in front of high net worth individuals and it gives you the opportunity to address the concept of giving in an informal conversation. Charitably minded ideas like these can help you build a book of new business that you might have never imagined before. Good luck!

At American Endowment Foundation, we look forward to discussing how DAFs can play a role in building your AUM. Contact us or call at 1-888-660-4508 to learn more.