Charitable donations and gifts to donor advised funds appear to have risen substantially in 2016, due in part to continued economic strength, but also to potential tax changes on the horizon. This increase in giving also appears to stem from financial advisors who made their clients aware of the benefit of accelerated gifting. In 2017, there likely continues to be an upside to having those client conversations now rather than waiting until year-end. 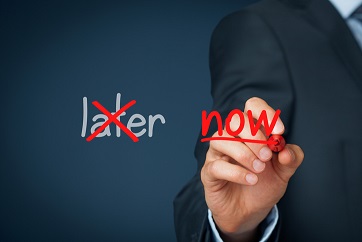 The failure of Republicans to come together on a health care plan has raised questions about whether President Trump can push tax cuts and other legislative goals through a politically fractious Congress.   Nevertheless, it’s still likely that some form of tax cuts will pass this year, in part because, more than ever, Republicans have a vested interest in achieving legislative victories before the 2018 midterm elections.

Though the precise components are unclear, the proposal is likely to call for a blend of corporate and individual income tax cuts. The Trump administration has proposed a reduction in the top marginal tax rate to 33% from today’s 39.6%. The lower the marginal tax rate, the lower the tax deduction in dollar terms for charitable contributions. Furthermore, conservatives in Congress may insist that the tax cuts be “revenue neutral” in order to prevent increasing budget deficits. The offset could be a cap or elimination of itemized deductions, including the charitable deduction.

Changes could be “effective upon enactment,” thus grandfathering donations made prior to the legislation

It’s expected that tax legislation will be passed over the summer.  Sometimes new tax legislation is made retroactive to January 1, but sometimes the change has been made as of mid-year.  In 2003, for example, when the capital gains tax rate was reduced to 15%, it only applied to trades made after May 6th (the date the legislation was passed).  So, charitable donations made in early 2017 might benefit from both a higher marginal tax rate and an exemption from any newly imposed limits.

There's nothing wrong with procrastination. Or is there? We'll leave it to you to decide, but only if you have the time.*

Statements attributed to an individual represent the opinions of that individual as of the date published and do not necessarily reflect the opinions of Capital Group or its affiliates. This information is intended to highlight issues and not to be comprehensive or to provide advice.

Gregory Singer is a Senior Vice President and Head of Client Solutions for Capital Group Private Client Services. He is a member of the AEF Council of Advisors.